Massage as Therapy for Body and Mind

Massage therapy is defined as the manipulation of soft tissue of whole body areas to bring about generalized improvement in health (e.g. relaxation or improved sleep) or specific physical benefits (e.g. relief of muscular ache and pain).

Typically the following kind of Massages are offered in a Spa setting:

•       Swedish massage - This massage is almost synonymous with Massage Therapy and is most Close to Naturopathy Massage. Has many relaxation benefits.
•       Deep tissue massage - Deep tissue massage is a focused, therapeutic massage that targets muscle knots and specific problem areas in the deeper layers of muscle and connective tissue.
•       Shiatsu massage - shiatsu involves localized pressure using the therapist's fingers (or sometimes hands and elbows), applied in a rhythmic sequence along the body. Each point is held for about two to eight seconds.
•       Trigger point massage - A trigger point is a tight area within muscle tissue that causes pain in other parts of the body. Trigger Point Therapy is specifically designed to alleviate the source of the pain through cycles of isolated pressure and release.
•       Thai massage - A unique blend of assisted yoga, passive stretching, and pressing massage movements, Thai massage is more energizing than other forms of massage. It's like yoga without doing the work, as the therapist moves and stretches you in a sequence of postures, usually on a mat on the floor.
•       Hot stone massage - A type of massage where the therapist places heated, smooth stones on specific points on the body and also holds the warm stones while giving the massage.
•       Sports massage - Designed to prevent and treat injuries, improve flexibility, and enhance athletic performance, sports massage can be used by athletes of all abilities to prepare for or recover from athletic or sports events. Even if you aren't an athlete, sports massage may help muscle pain or restricted range of motion.

Following kind of Massages are offered in a Therapeutic Setting where the normal Swedish or Deep Tissue Massage will be customised to provide benefits in specific medical conditions:

Techniques and their benefits

1.     Effleurage - involves a repeated circular stroking movement made with the palm of the hand across length of a muscle
a.     The movements effect Peripheral Nervous System through ectodermal tissue massage therapists touch and mesoderm tissue manipulation which cause somatosensaory stimulation. The mechanoreceptors stimulates large afferent nerve fibers that stimulate Plysyaptic interneurons in Dorasal Hypothalamus which prevents the impulse of smaller nerve fibers thereby giving reduced pain perception
b.     The movements also increase Opioid receptor activation through increase secretion of Beta-Endorphins and other endogenous opioid receptor agonists. The increased levels of neurotransmitters such as dopamine and serotonin as well as opiod neuropeptide secretion act as Analgesic for pain reduction

2.     Kneading – involves actions to squeeze, press, or roll with the hands across the width of a muscle

A properly trained Massage Therapist under the guidance of a Doctor is the right recipe for Therapeutic Massage.

More at Yogaksema Website
Posted by Yogaksema at 22:39 No comments: 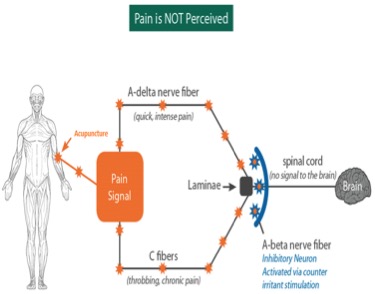 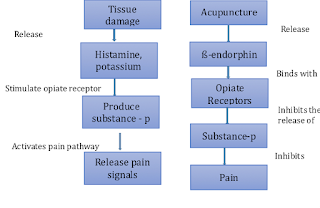